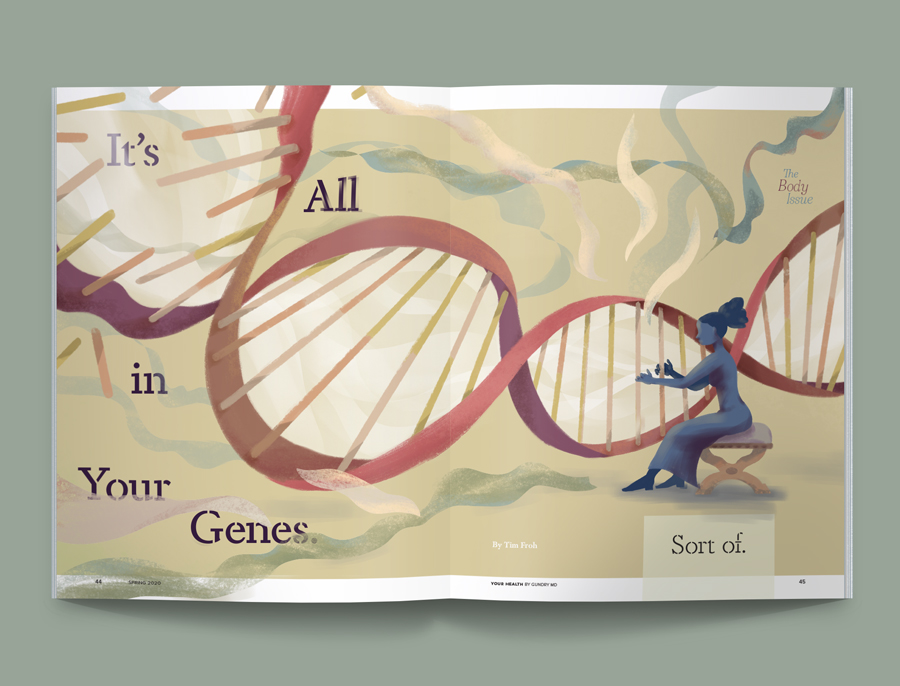 Editorial illustration for an article in Your Health by Gundry about the relationship between genetics and epigenetics, and what it means for the reader. The concept for this required a lot of stewing and thinking because I had no idea what to draw. After a lot of really bad sketches, it hit me that the proteins in a DNA strand kind of look like strings on a harp. 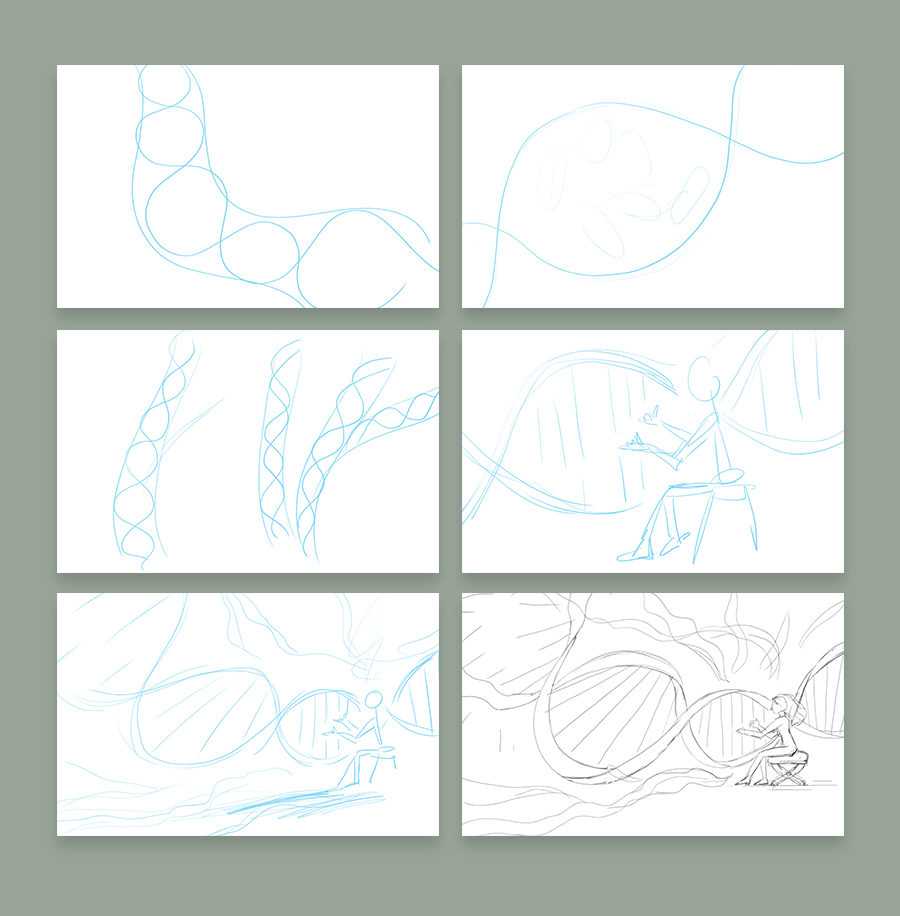 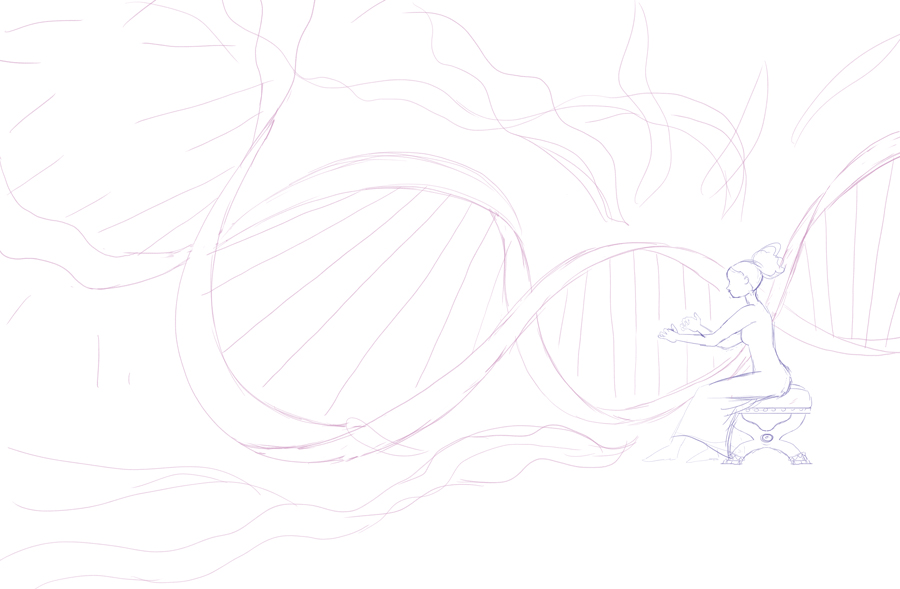 It’s a very subtle play on the Greek mythology of the three weavers — it’s a harpist here, and there’s only one. But I liked the idea of something being set in without influence (written music or DNA) versus something that changes depending on the environment (the musician’s whims or epigenetics).

An extra background was created for the pulled quote. 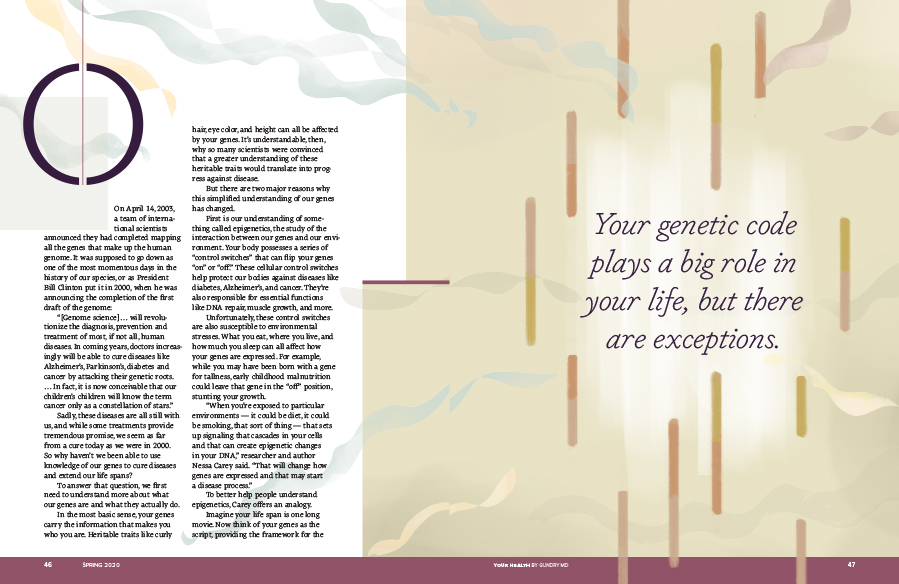 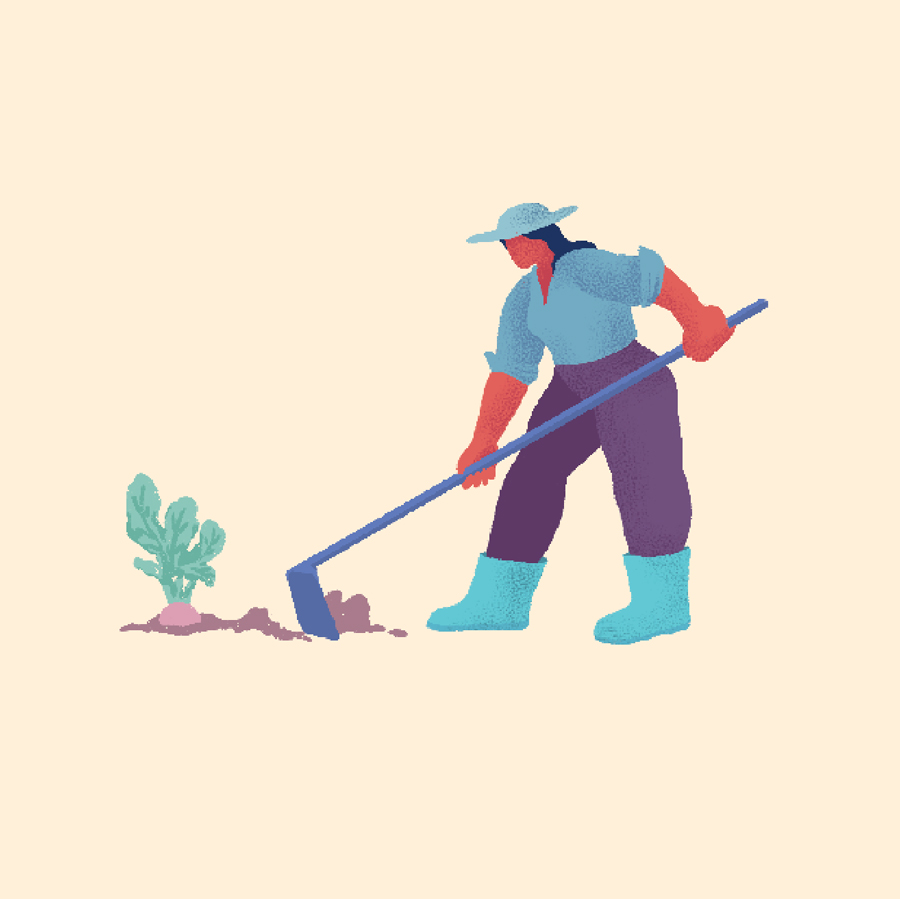 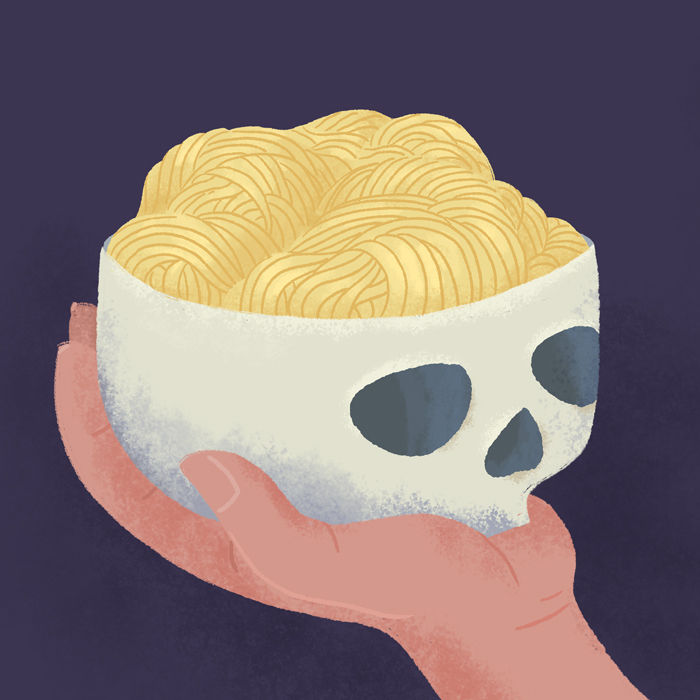