Kiki Komori is a collection of plush toys I designed and produced to celebrate bats, candy packaging, and shiny fabric. 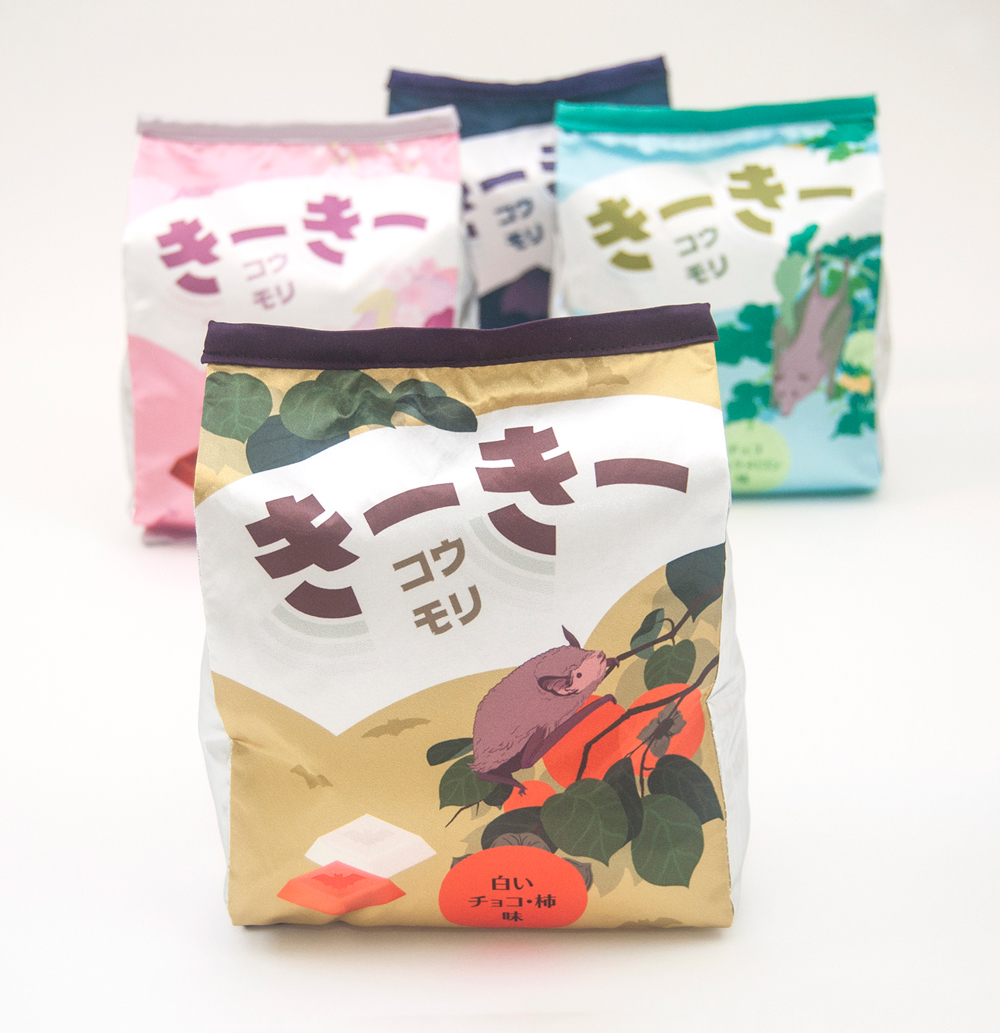 In Japanese, kiki (きーきー) is an onomatopoeia for high-pitched, shrill sounds, like a bat’s ultrasonic calls; and komori (コウモリ) means bat. 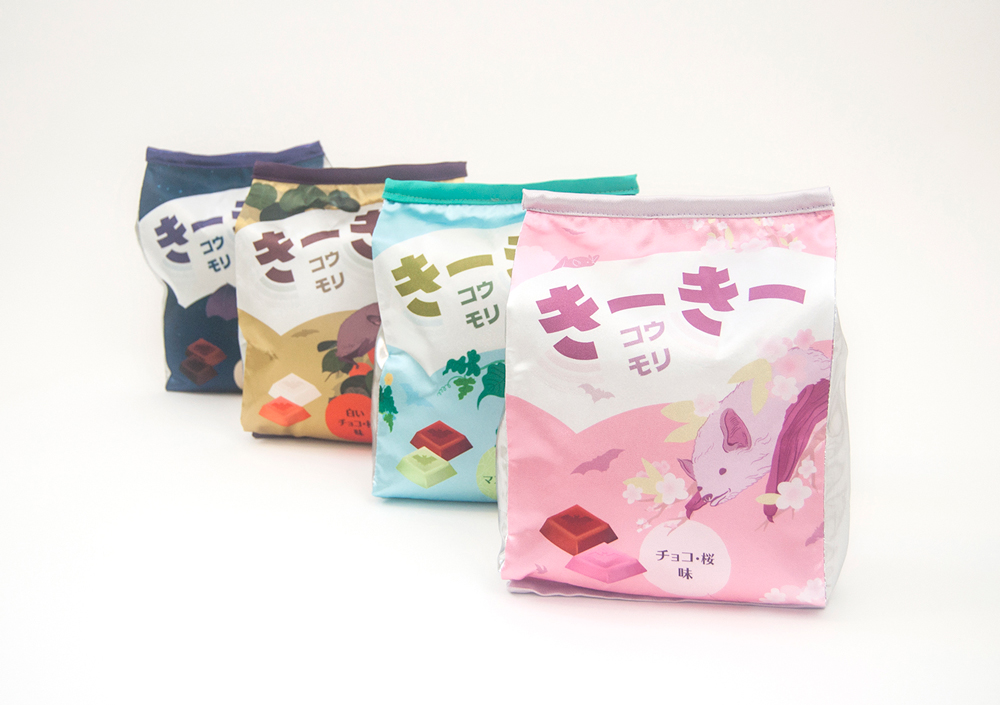 Why bats? These flying mammals have a branding problem. Contrary to common perception, there are many more that are pollinators/insectivores than those that are blood drinkers. Bats love flowers (and the insects that hang out near flowers), and they are estimated to be responsible for one-quarter to one-third of cacao tree yields in Sulawesi, Indonesia, a major producer of cacao beans for the world. 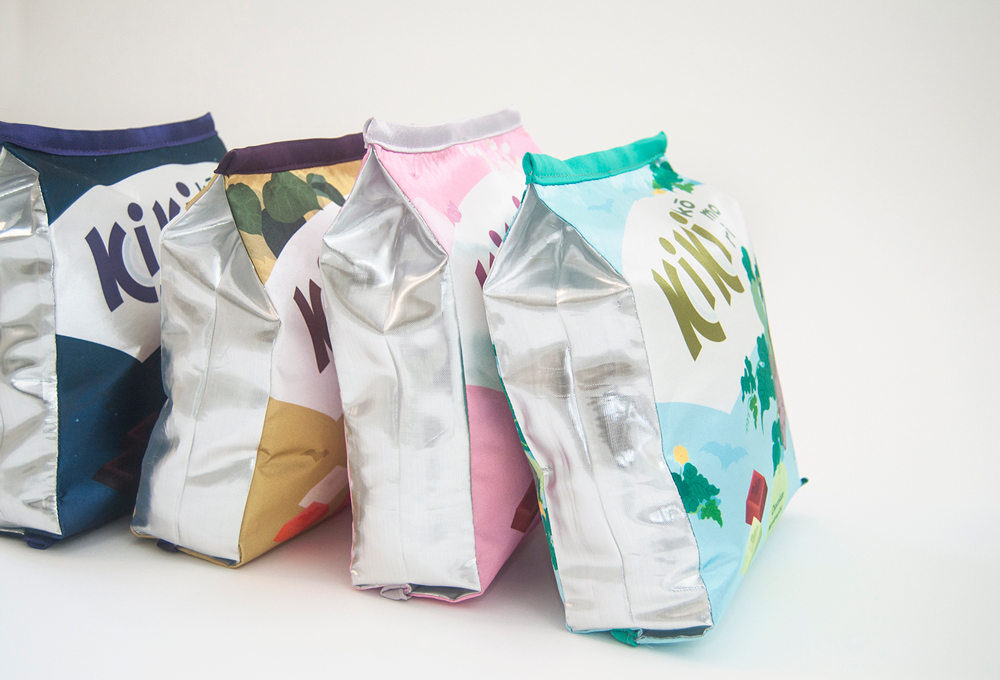 In addition to chocolate, bats play massive role in crop yields of fruits, including bananas and mangoes. It’s difficult to differentiate exactly what portion of pollination is done by bats versus other pollinators (like bees and birds), but the consensus among scientists is that role of bats is vital. 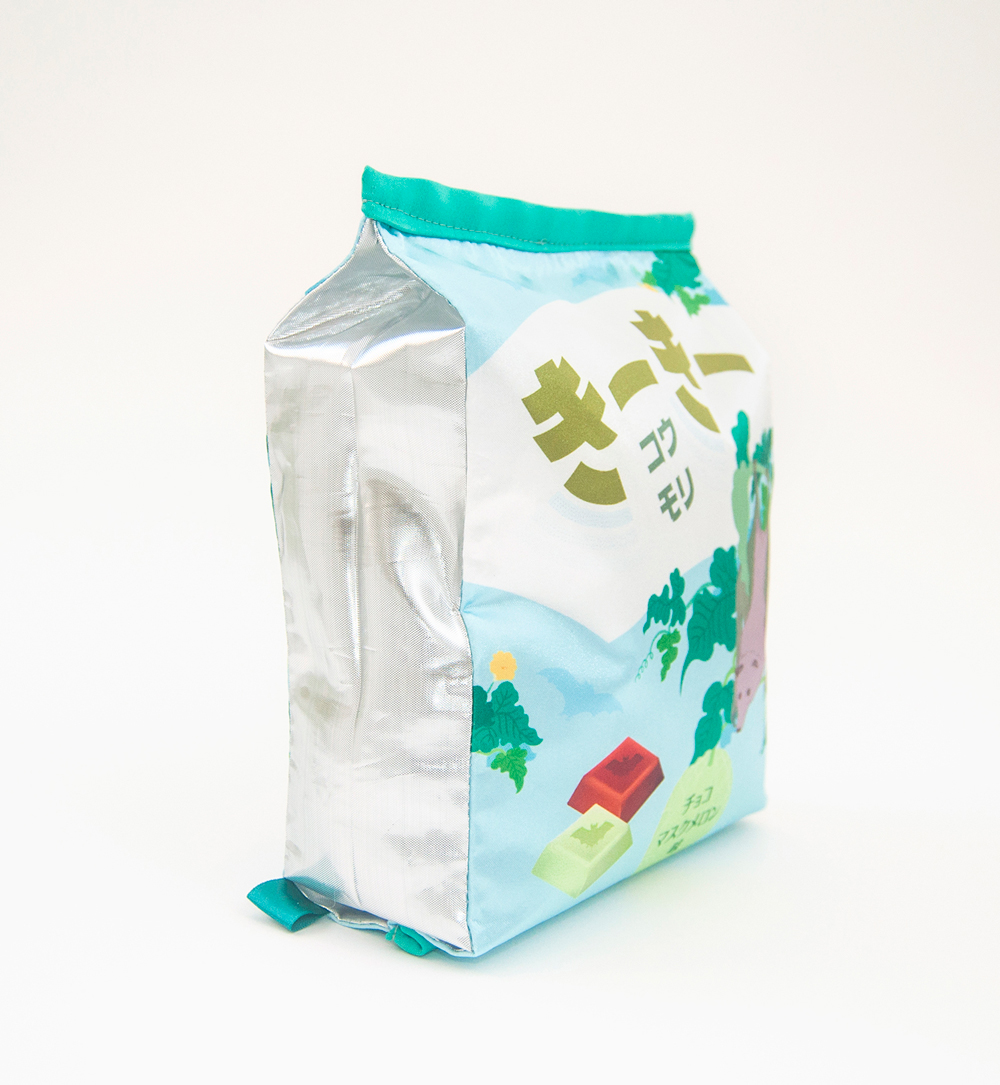 This started with a photograph of a bat on a blossoming sakura tree in Japan, covered in a heavy dusting of yellow pollen (I can’t find the exact image, but this is similar). It was a stark contrast to the typical bat imagery you’d encounter in the West. When I visited Tokyo, sure enough, at the right time of day, bats were zooming around near bridges and rivers. 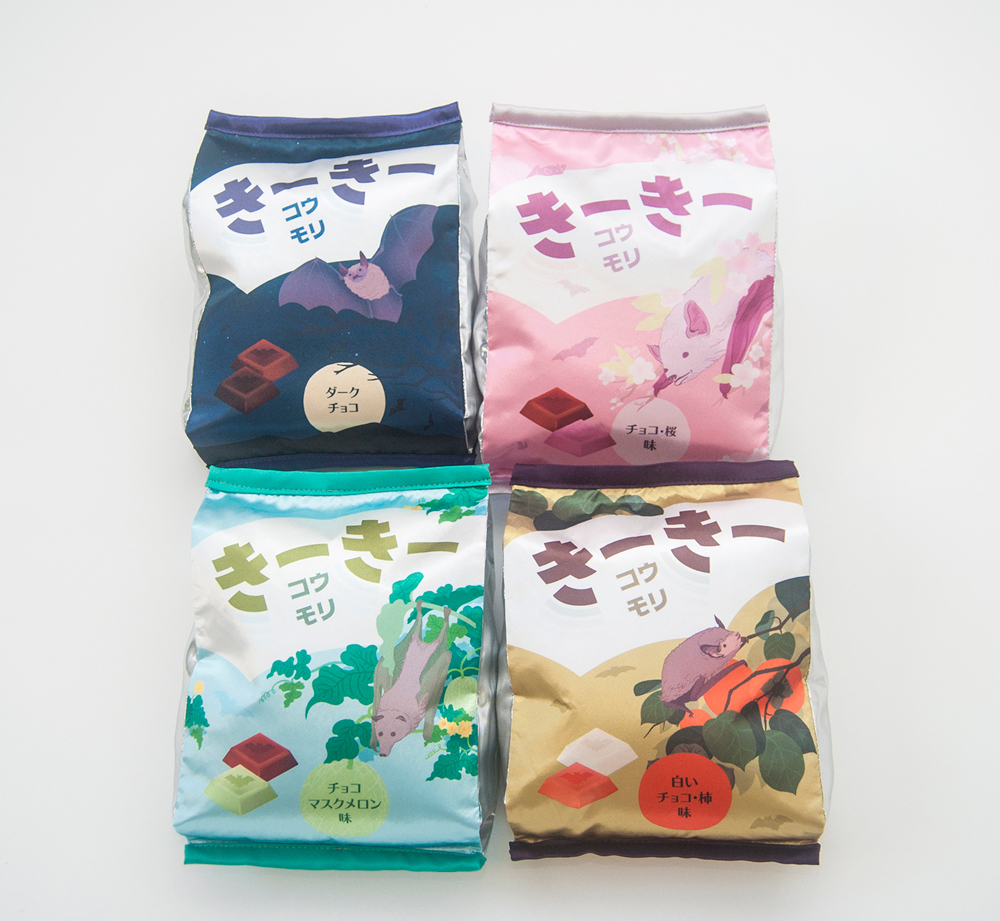 The branding problem that bats have now didn’t always exist. If you look at old Japanese and Chinese art — prints, fabric design, netsuke, and especially snuff bottles — bats are favored and frequently used as an ornate motif for good luck. Indeed, the Chinese word for bat is a homophone for luck. 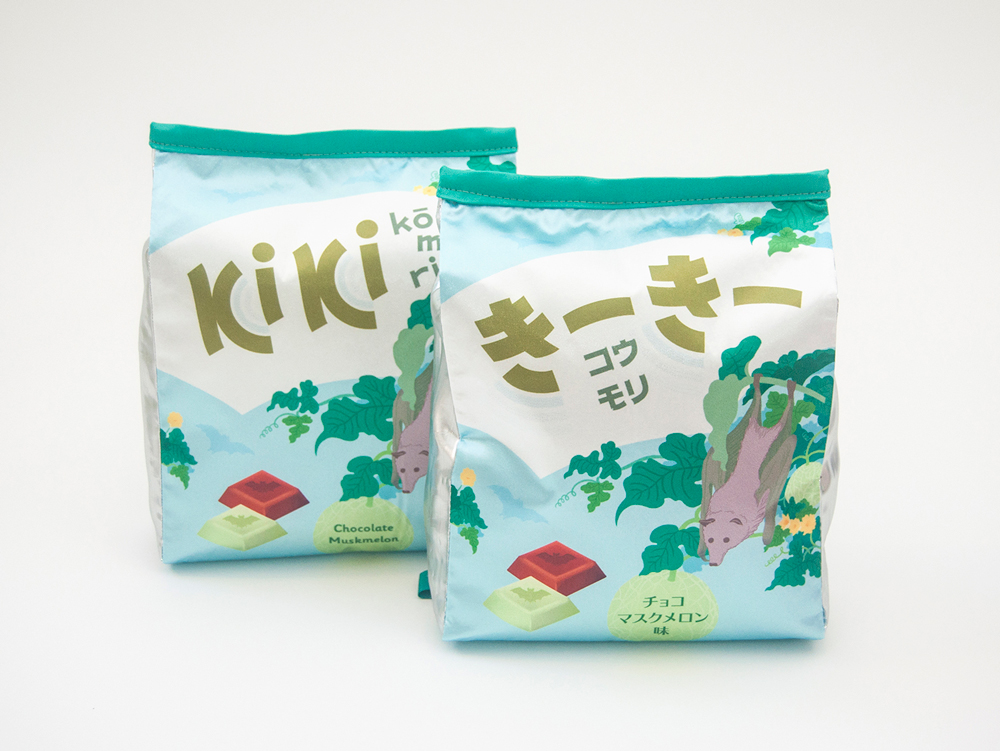 I wanted to create something that brings everything full circle: The connection between bats and the sweet things we eat; re-framing the species as cherished, lovable, and important; and giving a nod to Japanese culture and history. 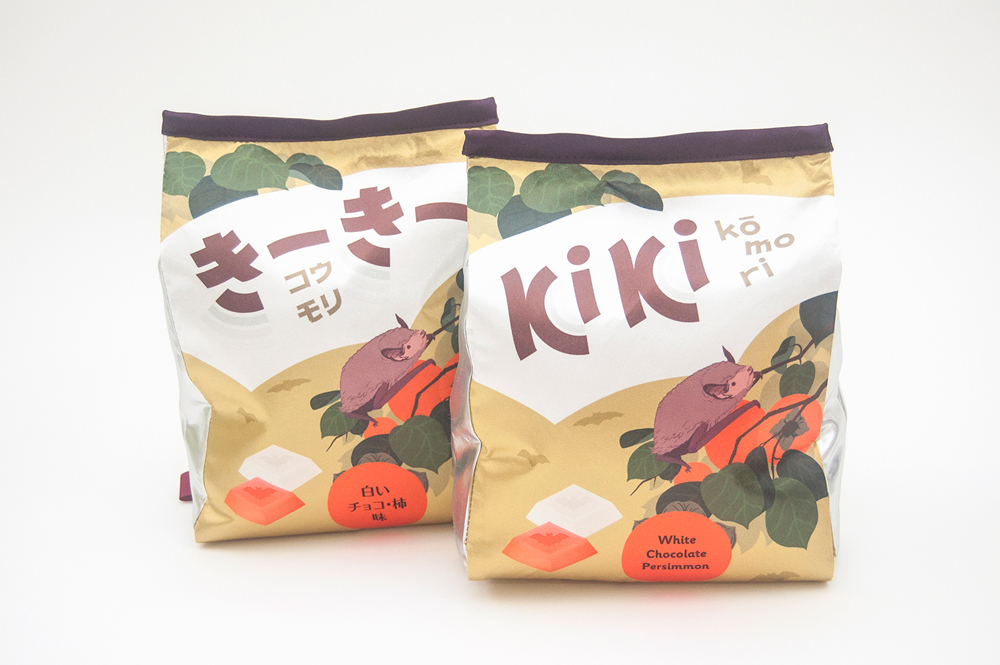 The plush toys are candy packaging with a bat theme, and comes in four somewhat seasonal flavors: Spring Cherry Blossom, Summer Muskmelon, Autumn Persimmon, and… Night. Winter and bats don’t have much overlap since nearly all species of bats hibernate during this season. Instead, a very dark Night bears dark chocolate — the ultimate environment for bats for the ultimate cacao density. 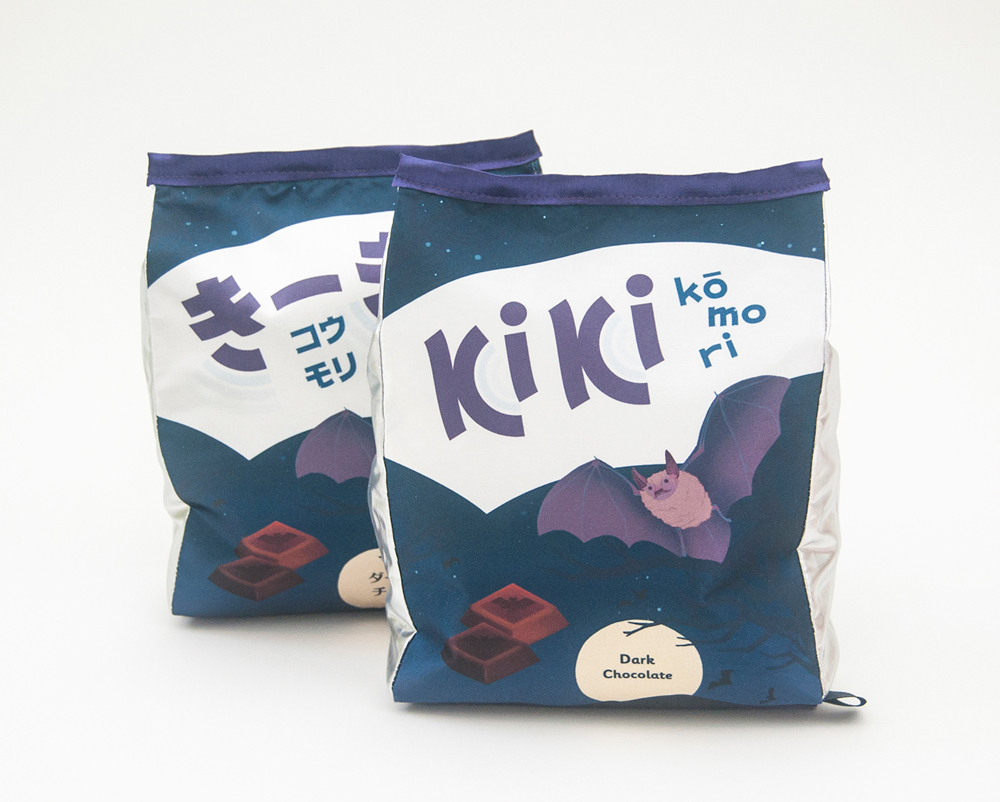 This project also brings together all of my skills, something I would love to do more of in the future: Branding (naming, visual identity), design (packaging, lettering), illustration, and sewing. 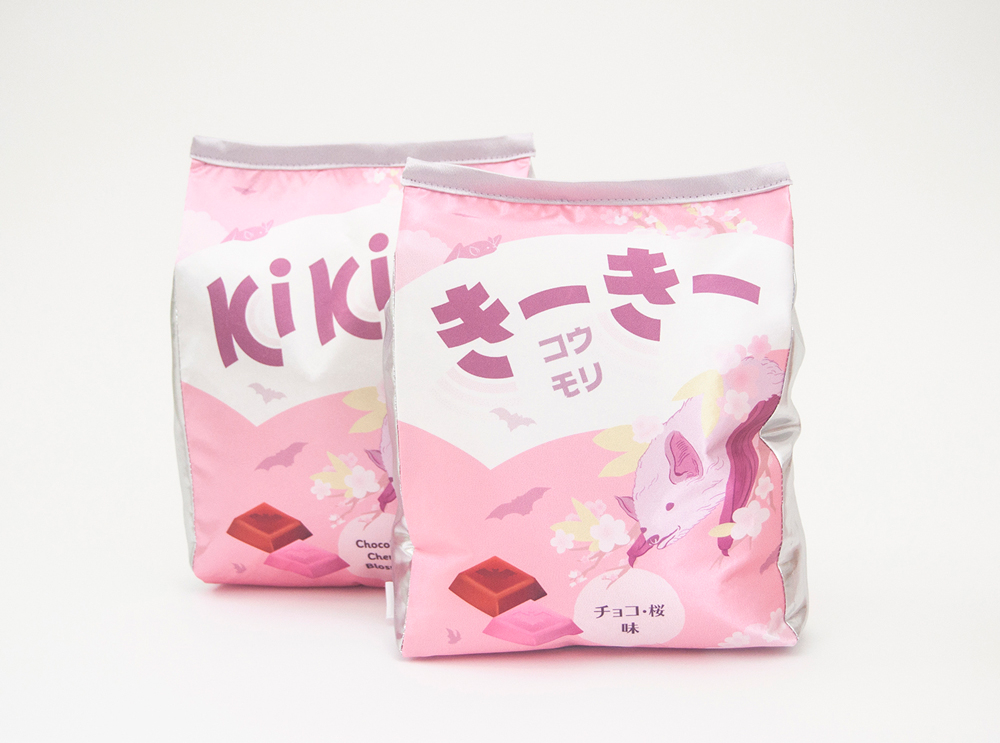 The Kiko Komori plush are available for purchase. 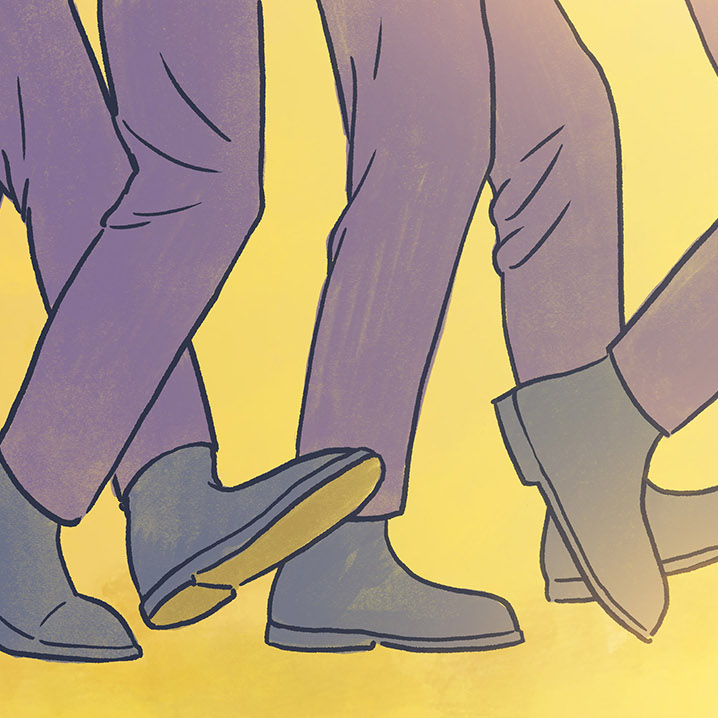 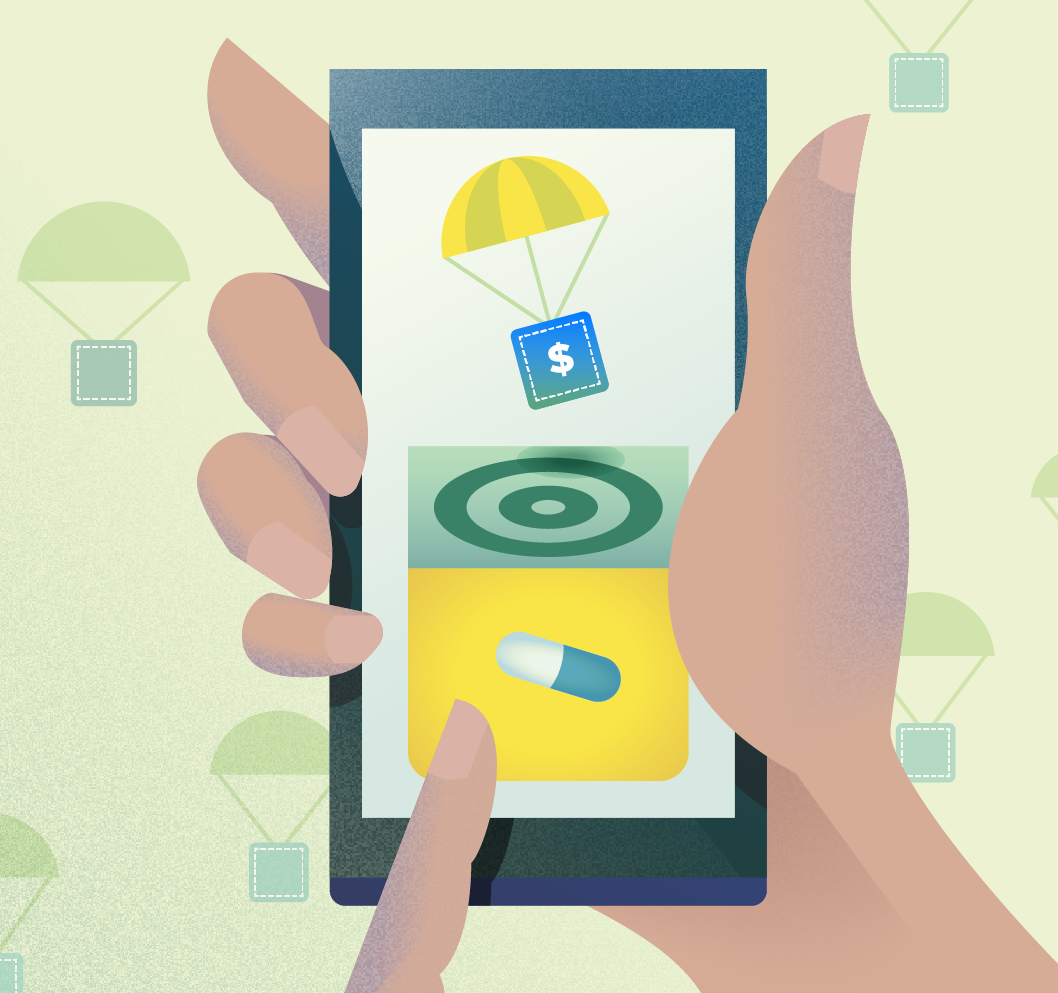